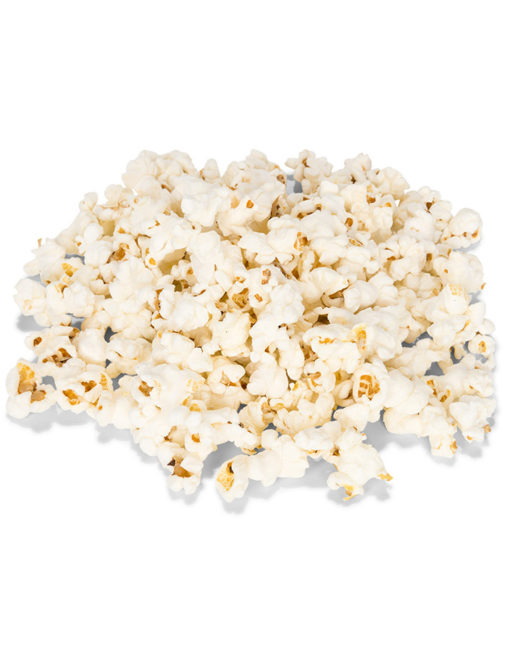 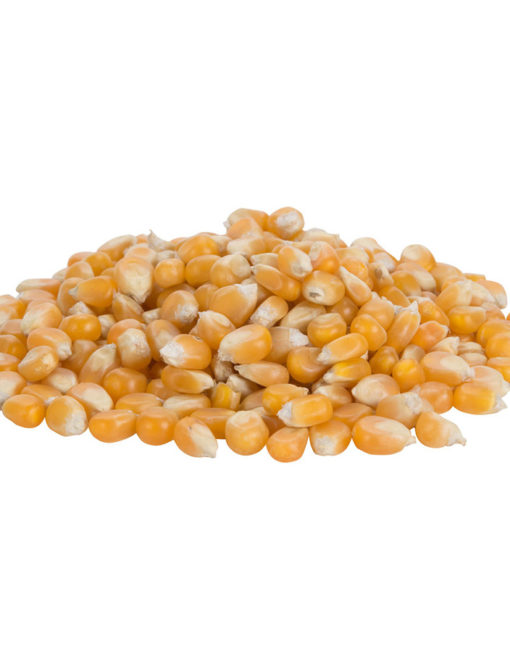 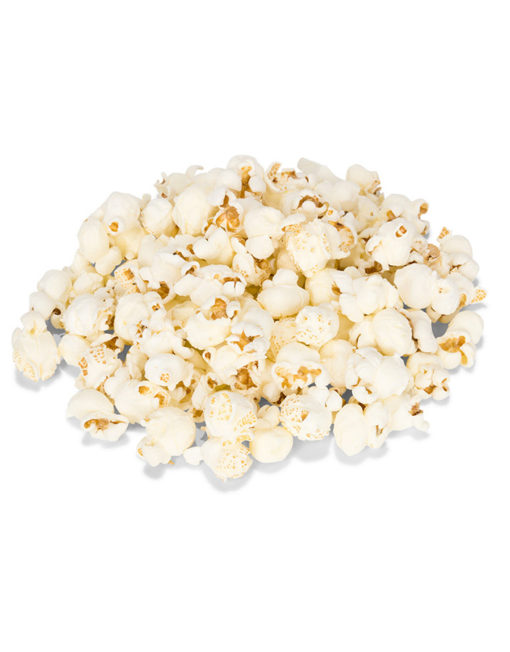 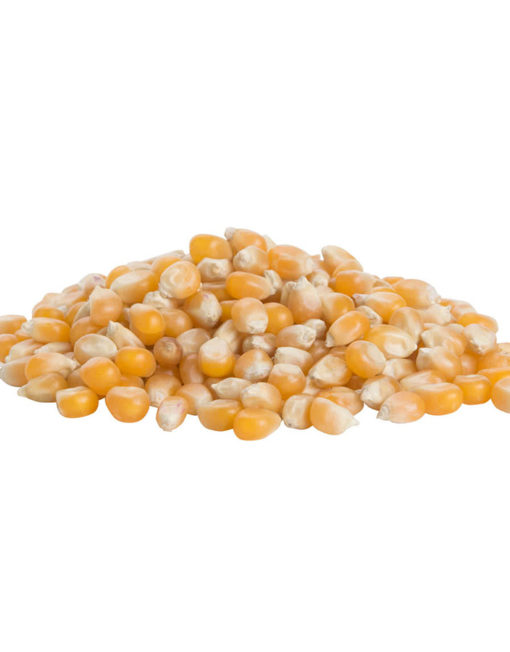 Butterfly popcorn is the more common variety found in pre-packs in supermarkets, used in the manufacture of microwave popcorn, savoury ready to eat popcorn and movie theatres. As the name suggests when it pops it has “wings” like a butterfly.

Mushroom popcorn is round in shape once popped. It has a much larger surface area and “fluffier” texture than butterfly popcorn, for these reasons mushroom popcorn is best suited for adding coatings such as caramel.

Popcorn is a variety of corn kernel, which explosively expands and puffs up when heated.

A popcorn kernel’s strong hull contains the seed’s hard, starchy endosperm with 14-15% moisture, the latter of which turns to steam as the kernel is heated. The pressure continues building until it exceeds the hull’s ability to contain it. The kernel ruptures and explodes, allowing the contents to expand, cool, and finally set in a popcorn puff 20 to 50 times the size of the original kernel.

Air-popped popcorn is naturally high in dietary fiber and antioxidants, low in calories and fat, and free of sugar and sodium. This can make it an attractive snack to people with dietary restrictions on the intake of calories, fat or sodium. For the sake of flavor, however, large amounts of fat, sugar, and sodium are often added to prepared popcorn, which can quickly convert it to a very poor choice for those on restricted diets.

Be the first to review “Popcorn” Cancel reply
Related Products